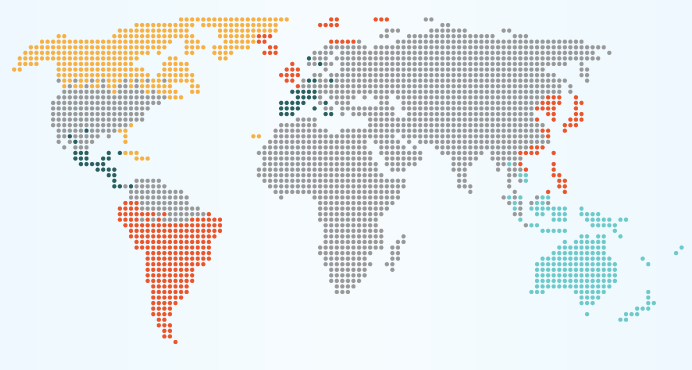 The idea that certain products attract certain age groups is a cornerstone of advertising and marketing. It’s often overlooked, however, changes in population play a large role in changes in sales.

Local news NBC15 anchorwoman Leigh Mills spoke at American Family Insurance’s DreamBank on Tuesday, June 5, about the role that demographics has on the economy. Demographics, which is the statistical study of populations, can be utilized to better understand changing trends in sales. Ms. Mills suggested that many drastic changes in sales can be explained by underlying population changes. For example, the Baby Boomer generation had roughly 78 million births in total, while Generation X had about 69.5 births. With less babies being born, many maternity wards closed down and foreign auto producers saw a decline in sales when these babies grew older. It’s not necessarily the case that people decide they don’t want these products and services anymore – rather, a smaller population in a target age range leads to less demand.

The following are four tips on how you can use demographics to your advantage.

It is important to know who your consumers are and to study population changes, as the size of your target age group plays a large role in how well products sell. Ms. Mills gave the example of motorcycle sales in the late 1980s being influenced by differences in generation sizes. In the late 80s, individuals in the target age for motorcycle sales (18-24) were of Generation X, which was a markedly smaller generation than Baby Boomers. Thus, motorcycle companies saw a decrease in sales because their key demographic had a smaller population. When studying demographics, consider the following questions: Have birth rates changed from what they were when those currently in your key demographic were born? Will those who age out of your key demographic be replaced by a similarly sized population, or will there be a change?

Statistics can be misleading because the influence of demographics often goes unconsidered. Ms. Mills used the example of news stories that have reported on increasing death rates in the U.S. over the past few years. This rise in deaths, she suggested, is not because of poorer health or disease: rather, the increase in deaths has paralleled the increase in number of aging Baby Boomers, a generation with 25 million more people than the generation that preceded it. Businesses such as Toys R Us have been affected immediately by changes in population sizes, such as the reduced birth rates that followed from the 2008 recession. However, changes in population sizes will not have as large an impact on your business if you are aware of them. If a decline in sales matches up with a population change, it is important to reassess how you can stay competitive in a market where there are fewer consumers in your key demographic. It may benefit to look to another demographic that might be able to pick up some of the lost sales, and redirecting advertising efforts may help to engage a different group.

There does tend to be differences between generations related to personality and attitude. For example, millennials value making a difference over earning money, want flexible schedules, and don’t want to work for someone whose mission they don’t support. These shifting values already have had an impact on the workplace, with many businesses adopting more collaborative workspaces where younger employees work alongside those with more influence and experience, and more are able to work from home. It is important to consider how your business can appeal to new generations as they age into adulthood and influence the types of goods that are demanded. Because millennials are the largest generation yet, surpassing Baby Boomers by 8 million, those who cater to the products and services millennials like have the potential to prosper. In the case of the millennial generation, catering may mean communicating through online advertising. Or, the narrative of your marketing campaign may benefit from increased focus on millennial-favored ideas, such as a focus on making social change, or promoting the things your company does for others, like buying local goods or reducing waste production.

Adults begin to contribute more to the economy through working, spending, and paying taxes as they approach middle age. Those between the ages of 40-60 are known as “heavy lifters” for their significant economic contributions. Though millennials as a whole tend to be less concerned with financial gains in their twenties, they will ease into the heavy lifters category as they start families and attain higher-up positions. Therefore, it is important for business owners who may be struggling to reach younger audiences to consider that they may not be financially ready to contribute as greatly as those who currently are part of the heavy lifters category. Knowing how dependent your product is on heavy lifters will also help you to understand how to market to other age groups. For example, expensive children’s toys will need to appeal more to their parents than cheap ones because parents have control over larger amounts of money. For cheap toys, however, the marketing message could be altered to appeal almost exclusively to children, as they may be able to buy them.

Demographics has a large impact on businesses that often goes unconsidered. Those who understand their key demographic, the characteristics of the generation who is a part of it, and understand how to interpret statistics in relation to demographics are poised to be successful, regardless of the size of the age group they cater to. By keeping demographics in mind, you will have an advantage over others because you will be able to see how strongly sales are influenced by changing populations, and therefore have a leg up in deciding how to adjust your message to remain competitive.