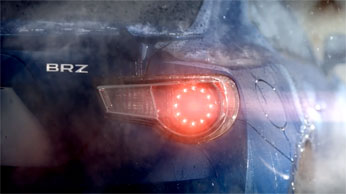 Why talk about this commercial for Subaru? Why this particular one? Well, I can give you a few reasons of why I want to talk about this commercial, you know going over, the ins and outs of the advertisement. I also want to talk about how I think they went about developing the ad and whom Subaru was going after (target audience) and why they chose this color, etc. But, none of those reasons are why I chose this particular commercial. And before I tell you why, keep in mind I am in my late 20’s, and I am a college student who wants nothing more after I graduate but a sporty car to show my hard work over the years and a decent job after college to afford this car. It’s the BRZ. I mean, if you don’t even know what I’m talking about, then call me ignorant and stop reading. It’s a sexy beast, like the Nissan 370Z and when I first saw this commercial, it blew my mind a way!

All I thought about after watching this ad was, who cares about the sappy story about your lost puppy or how you “found yourself.” I mean that’s all good and all, but this commercial just slams you into a wall – hypnotized by the music of Datsik – and it’s almost as you can feel the temperature in the room that you’re sitting in begin to rise because of how hot the commercial is. Hot as in you see a beautiful girl on the beach playing volleyball or a sexy man getting out of the ocean with his surfboard; yeah, that kind of hot. But enough about the BRZ’s sexy appeal and its looks, lets try and talk about why this ad is so intense, fierce, and thrilling. I also want to give you a better idea of why they chose the theme scorched – hence the title of the vide – and why they chose Datsik, a big time dubstep producer.

If you watch the ad with the speakers pumped up, it looks and sounds like a thrilling summer blockbuster movie or an ad for a bad-ass T.V. series that obviously would involve racing. Now this ad probably appeals more to the younger-boy’s audience for a couple of reasons. One big reason is the music and then the second would be the design of the car. Now it’s no convertible, but it has the look of the Toyota FRS, Nissan 370Z, or the Infinity G37

This commercial does two great things that normal car ads fail to do; it grabs the audience and isn’t afraid to take risk. A lot of car ads want to appeal to everybody; a sport car that’s a family car, a family car that is traveling at safe speeds, or a car hiking and rolling its way through a jungle that I’m pretty sure none of us have actually seen in our life time. But a car that is drifting through an underground parking garage, yeah it’s safe to say I’ve seen that and I have had many testimonials from friends who say that it’s is a normal sort of thing to do in Japan; those friends I’m talking about are the ones that were studying abroad, of course. Also, seeing a car racing around a track is also another normal thing we see. Whether that be on a television show or a movie, at a racecar event, or when we were younger – racing those go-carts at the nearest theme park. Subaru’s BRZ takes all those norms and puts it into one commercial. Now, back to the music; a lot of people may agree to disagree on the choice of music, but hey, I think any genre of music could work. In my opinion, if the producers were to cue an opera up right as the BRZ drifts into the picture that would be hilarious, yet beautiful at the same time.

To me, car commercial ads should take everyday normal things we see in our daily lives and just incorporate them into one big idea to come up with something we all can relate to. Racing in the desert or trucking through a jungle with our car is not a normal everyday thing and if you are then good for you, we should be friends.

Your brand should be relatable